Wilma Europe Holding, a real estate development group with 79 years of experience in the real estate sector and more than 100,000 properties developed in Germany, Holland, Belgium and the USA, touches down in Spain thanks to the company SB Developments Partners to promote distinct luxury property projects in the Costa del Sol. The first of these, The View Marbella, which already has its planning permission and whose construction will begin in two months, entails a development value of 130 million euros.

The View Marbella is an ambitious project of more than 120 luxury apartments with a spa, pools, landscaped gardens, 24h private security and exclusive concierge services.

Under the name Wilma Sierra Blanca, the joint venture makes its debut in Spain with the acquisition of approximately 50,000m2 of land in the area of Benahavís, where The View Marbella will be built. An ambitious project of more than 120 luxury apartments with a spa, pools, landscaped gardens, 24h private security and exclusive concierge services. But what distinguishes the project is its impressive panoramic views thanks to the circular glass design of some apartments, into which exclusive solar protection technology will be incorporated to ensure both comfort inside and energy saving.

For the architectural design of The View Marbella, they have had to bear in mind each criteria of construction, engineering and amenities, from decoration to home automation, in order to achieve total integration from the start. The View Marbella boasts an A energy certificate, leading the market for such projects. With all of this, Wilma Sierra Blanca is looking to set a benchmark in the construction and luxury property development sector in the Costa del Sol. The properties have a starting price of 609,000 euros and they are aimed at Norwegian, Swedish, Danish and particularly Belgian and German buyers, who in recent years have shown particular interest in the Costa del Sol.

The View Marbella, the first project of Wilma Sierra Blanca on the Costa del Sol will have a final market value of 130 million euros, and will generate 250 direct job opportunities in the area during peak periods, a figure that doubles if indirect employment is included. The completion date is predicted to be spring 2021. There are already numerous reservations made by northern and central Europeans seduced by the timeless and spacious design, highest qualities, top luxury amenities and its beautiful, peaceful, secure and also accessible and convenient location above the Golf valley. The price of the properties ranges from 600,000 to 2.5 million euros.

The View Marbella will be the first of Wilma Sierra Blanca’s real estate projects to be developed in prime areas of southern Spain, a destination that is becoming increasingly preferred by central Europeans. As part of an ambitious expansion plan, the board of directors is studying other projects for future investments. 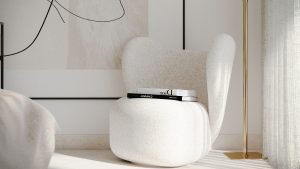 Page load link
We use cookies on our website to give you the most relevant experience by remembering your preferences and repeat visits. By clicking “Accept All”, you consent to the use of ALL the cookies. However, you may visit "Cookie Settings" to provide a controlled consent. Accept cookies Reject All Cookie Settings
Manage consent